A new feature has been launched on Google‘s video sharing platform YouTube. Under this feature, users can view movies in free.
So far, you have to pay to watch the whole movie on YouTube. Two options are available, either you can watch on the movie rent or buy it. However, you also see some movies that are usually old.
YouTube is going to change now and the company is bringing a new feature that allows users to watch movies on YouTube free.
According to the report, a new feature is coming up which will be called free to watch. Under this, users can watch movies on YouTube for free. However, ads will be shown in free movies. But Google has not yet clarified how many ads will be in a movie and what their frequency will be.
According to The Verge’s report, pop-ads will appear in free movies on YouTube, which will continue to be seen sometime during the movie. This feature was started by the company in October itself, but it has been visible since last week.
California-based company has partnered with Hollywood Studios. This list contains 100 movies. More movies will be added in the coming time. These include the films of The Terminator, Hackers, Saves and Rocky Series. There are no Bollywood movies in this list, but Bollywood films may also come in the near future. The company has not made any statement about this. 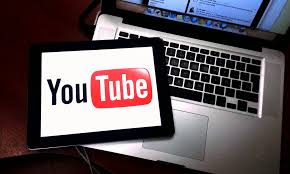