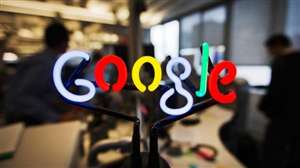 Google, the world’s largest search engine and Android operating system, has deleted 22 dangerous apps from its Play Store. According to Google, in these apps dangerous viruses were hidden. All these apps are used for online fraud. These apps have been downloaded 2 million i.e. 2 million times. Google has given information about these apps by the cyber security company named Sophos.

Sophos found in their investigations that these apps are connected to the Andr and Clickr ad networks. This security company wrote in its Investigation Report that these are all well-organized viruses that can cause great harm to the users. Not only this virus can ruin the entire Android ecosystem. Because, these apps generate good revenues by clicking Fake on these ad networks as well as sending back the request.
Sophos wrote in his blog that because of these viruses in these apps, the battery users of the smartphone users are getting drained. Apart from this also consumes data. The main reason for these viruses is to connect to the company’s server in the background and to maintain connectivity. Sophos has released a list of all 22 dangerous apps in which it is the presence of dangerous viruses.