MediaTek launched the Helio P70 processor in the month of October, and soon after Realme announced that the company would launch the first smartphone with the new processor. Mass production of the Helio P70 has just started last month. According to the reports, it will be made available to the client in November this month.

This tweet also provides information about the arrival of new ‘U’ series. At present, the company sells its four smartphones-Realme 1, Realme 2, Realme 2 Pro and Realme C1 in India. However, it is not known when the U series will be launched in India. It is expected that the company can launch it at the end of November or early December. 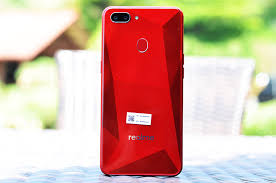 Apart from the MediaTek Helio P70 processor, there is no information about the design, specification and price of the new device. Talk about the merits of the Helio P70 processor, it will get better connectivity than better AI engines, upgraded imaging and camera support, boosted gaming performance and previous generation.

MediaTek is a helio P70 octa-core processor designed on TSMC’s 12nm FinFET process. That is, it can power the smartphone with a lot of features at affordable cost.

Realme U1 expected Launch Is November Or December and It’s price may be middle range like realme2 pro.